Due to COVID-19 we are meeting people remotely and in-person with masks and social distancing.

May is Motorcycle Awareness Month in Arizona and with the temperatures rising it’s time for drivers everywhere to learn to share the road. Every year hundreds of riders are hurt or killed in motorcycle accidents, if everyone just remembers to Look Twice, we could eliminate a lot of the accidents. While motorcyclists are often painted as daredevils who dart in and out of traffic, the reality is that many of these accidents are the fault of the other driver.

In a recent incident that occurred in Maricopa County, a motorcyclist was struck and killed by another driver who was allegedly operating his vehicle under the influence of alcohol. The crash reportedly happened on May 2 on Cave Creek Road. Officers on the scene said that the 58-year-old male driver of the other vehicle smelled of alcohol and was showing signs of intoxication. The man also reportedly admitted to having consumed several beers that night, and his blood-alcohol level was reportedly .195.

As a result of the impact, the motorcycle caught fire, and the rider had to be taken to the hospital for treatment. He died from his injuries close to an hour later. Criminal charges are pending against the 58-year-old, who was still in police custody with bond set at $50,000 at the time of reports.

In situations involving motorcycle accidents of any kind, there are no winners. In addition to criminal charges from the police, however, the surviving relatives of someone killed in a motorcycle accident that was another party’s fault can talk to an attorney about their legal options.

Should you ever find yourself or know of anyone in this situation, please have them contact us as soon as possible. 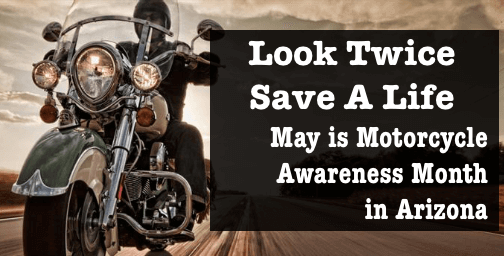